Maybe its time to shelve the Ultimate Driving Machine slogan.

‘The Ultimate Driving Machine’ is a pretty great slogan, but it’s created a constant problem for BMW. If the company produces anything less than a perfect driver’s car, it gets criticized to the point of becoming an internet meme. No vehicle in recent memory has met the ire of online comment sections quite like the 2023 BMW iX. Introduced last year as BMW’s first mainstream electric SUV in the US (the iX3 was not sold here), the iX looks fit to battle other luxury EVs such as the Audi e-Tron, Tesla Model X, and upcoming Mercedes-Benz EQS SUV. But you may not know it from the mean comments scattered around the internet.

CarBuzz had an early opportunity to drive the iX last year in Germany, but we finally got handed the keys to one on US soil; it was the more powerful M60 variant, no less. After spending a week in the car, we believe BMW may finally be entering a post-Ultimate Driving Machine phase where it can focus on other priorities such as comfort. And guess what? It’s totally fine with us. 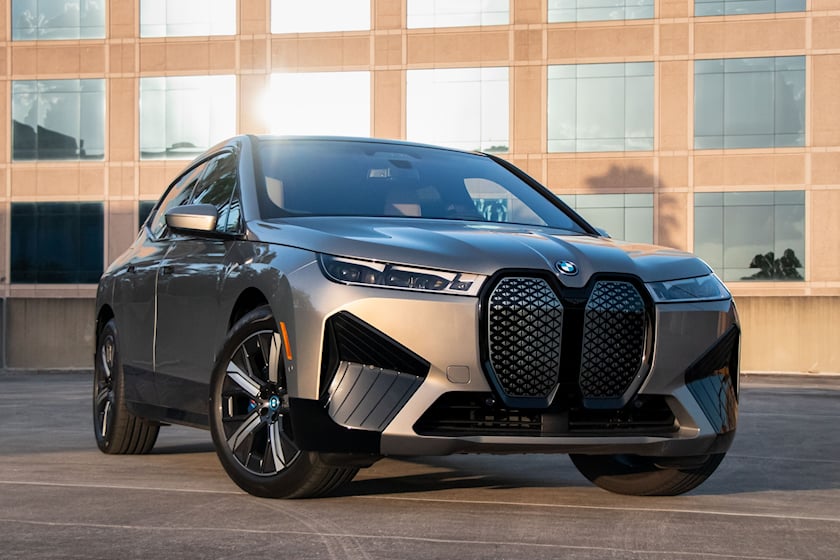 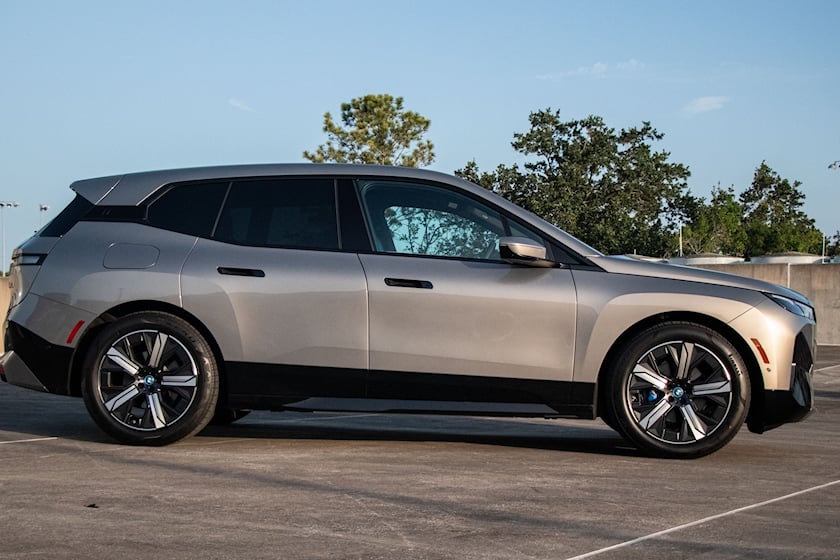 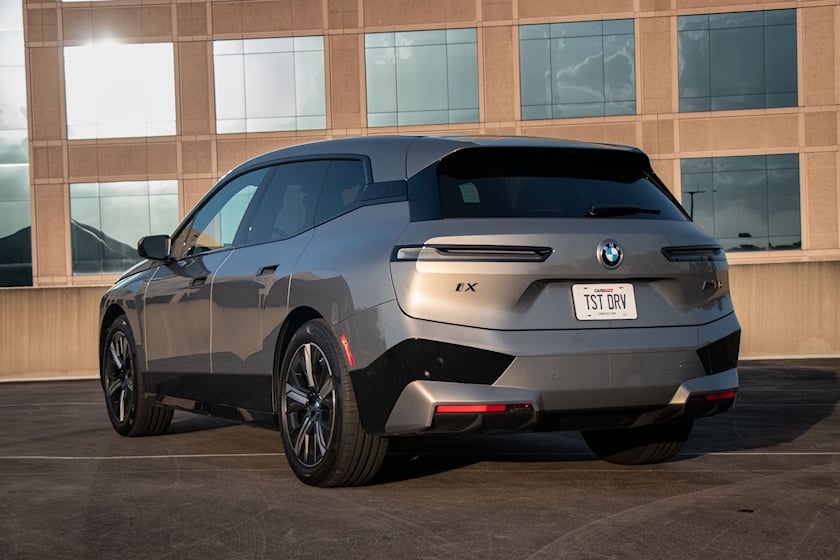 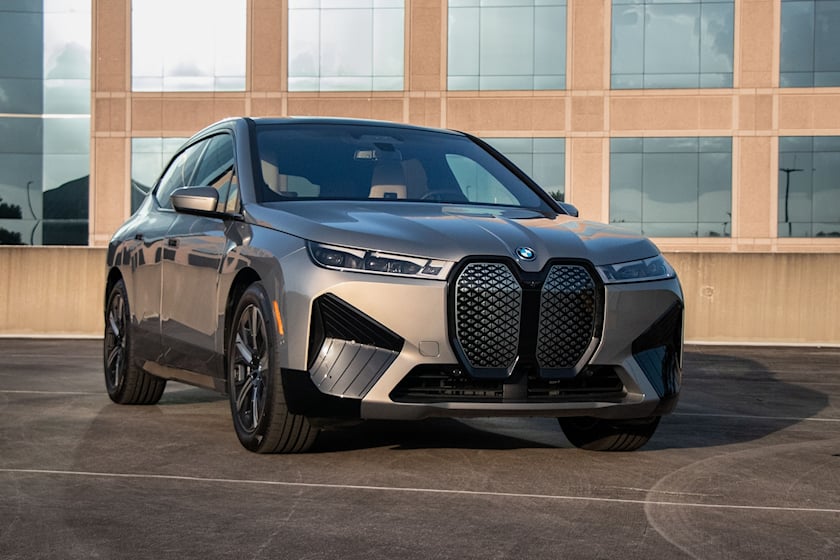 We Get It, You Hate The Grille

We mentioned that the diehard BMW faithful have been slinging vitriol in the iX’s direction. The culprit isn’t even an iX-specific issue; it’s the massive kidney grille. After implementing it first on the 4 Series, BMW has constantly been forced to defend its large grille design. On an EV like the iX, the grille appears particularly unnecessary because there is no gas engine under the hood to keep cool.

The company’s designers argue it would be tough to identify the iX as a BMW without the kidney grille based on how different it looks from the rest of the lineup. We’d argue that the grille isn’t nearly as offensive in person and the complaints directed towards it have been blown way out of proportion.

Grille aside, we think the iX’s styling is a positive more for BMW. It takes some bold risks that help it get noticed more in traffic. We like to think of the iX as the next evolution of the i3, only much larger and more premium, and that helps the design language make more sense. Our tester arrived finished in a gorgeous shade called Oxide Grey Metallic, which sparkles like a golden idol in the right light. 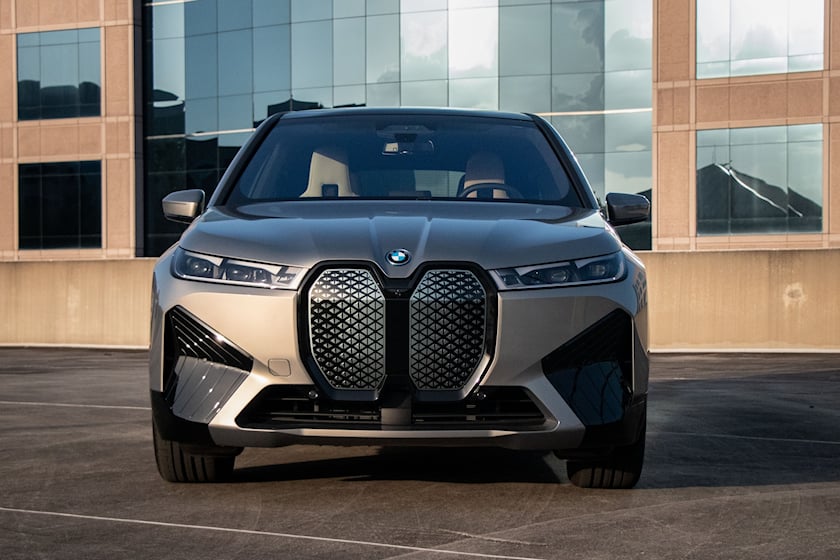 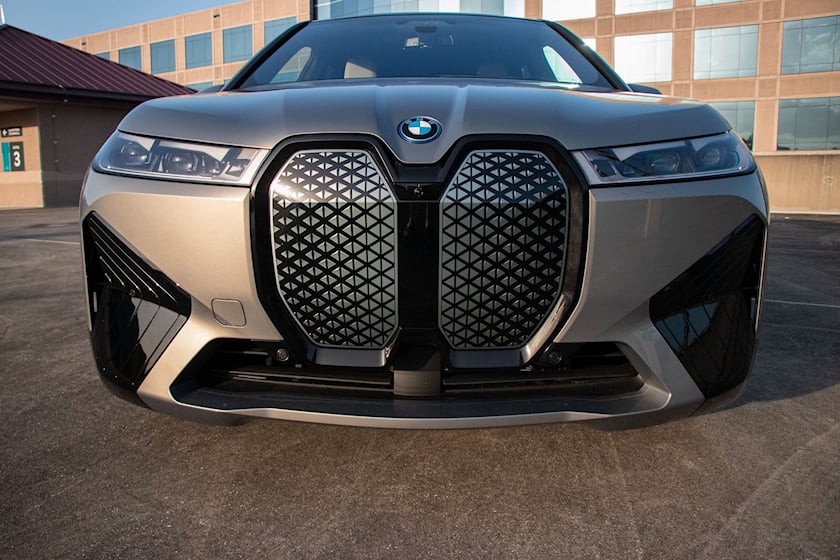 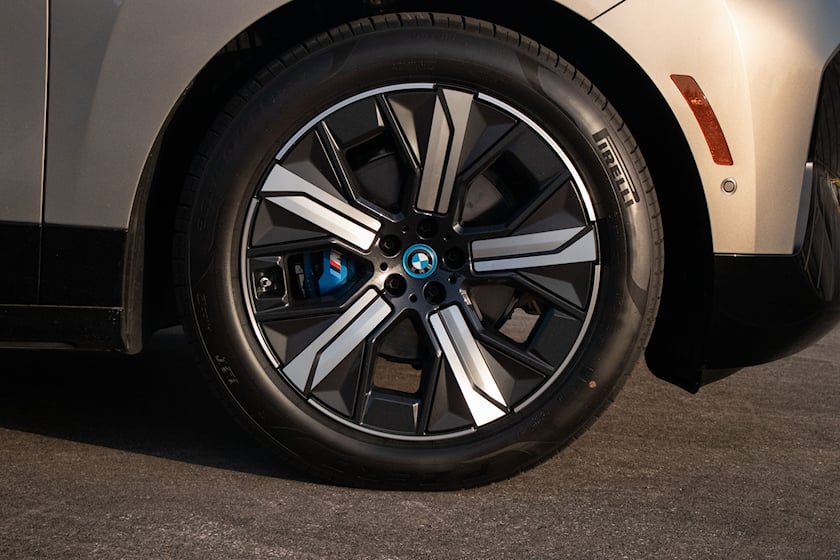 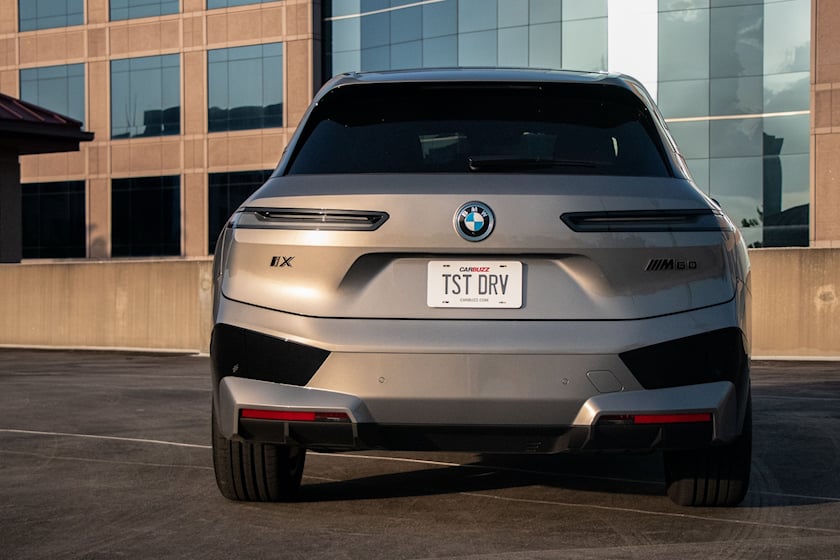 It’s All About The Interior

If you can look past the grille, and we really hope you can, you’ll be rewarded with the BMW’s best cabin design of all time. Sadly, the M60 isn’t available with the stunning vegan cloth interior, but the Sensatec doesn’t feel like a consolation prize. There’s even a blue seatbelt option for $300 that adds a slash of color to the interior. Our tester included a $1,150 Luxury Package that adds visually impressive details like glass controls and a wooden base for the iDrive and audio knobs. As in other BMW models, these stunning glass elements are sourced from the Swarovski crystal company.

The tactile stuff isn’t the only impressive element, as BMW’s latest iDrive 8 is among the best infotainment systems around. Aside from eliminating physical climate controls (which is an infuriating move), iDrive 8 is intuitive to use via the large touchscreen, iDrive knob, gesture control, or voice command.

The iX also possesses what may be our favorite audio system available today. It’s a 30-speaker Bowers & Wilkins Diamond Surround Sound setup with a whopping 1,615 watts. The system hides speakers in the seats to create a 4D Audio Tactile Bass Experience; basically, your music gives you a massage with the bass. 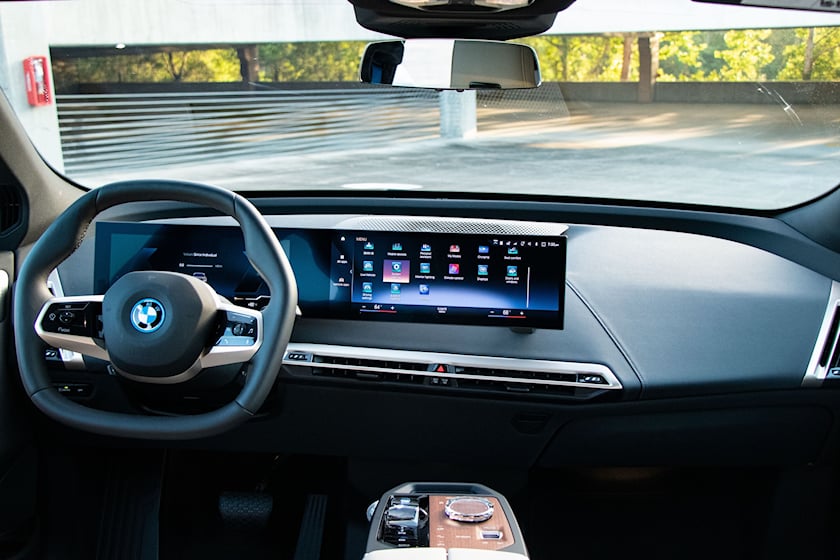 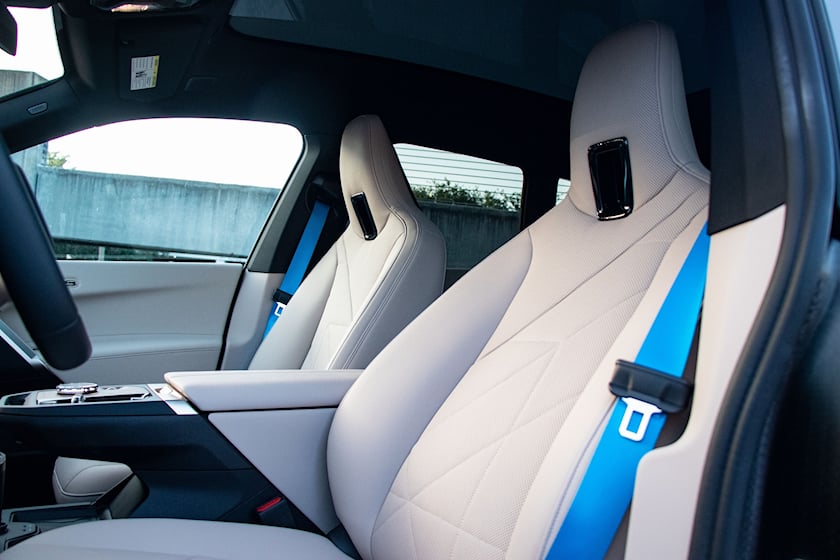 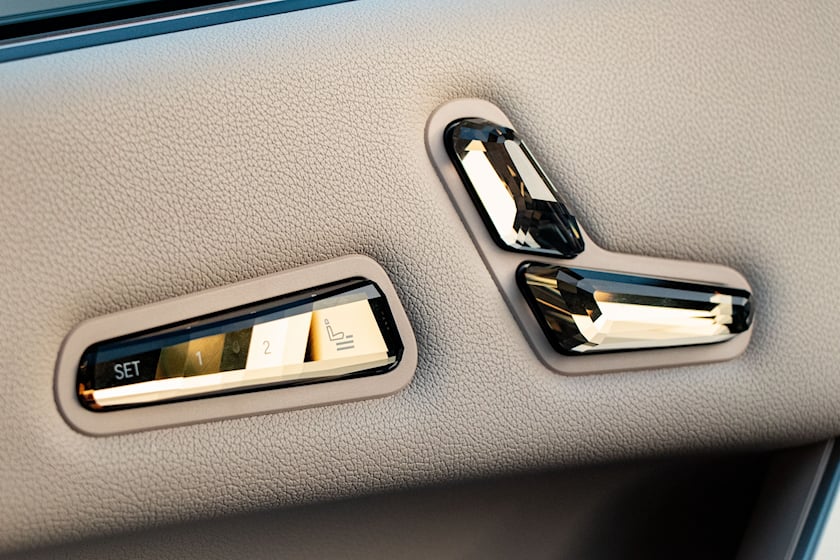 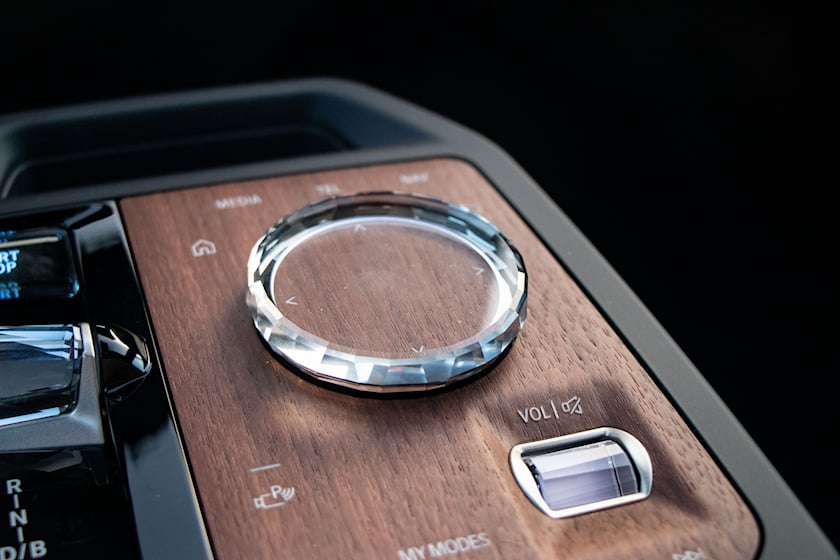 With 516 horsepower from a dual motor setup, the standard iX xDrive50 is already quick enough for most buyers. But if you’re willing to write a check for $108,900, you can step up the iX M60. This model produces 532 hp and 749 lb-ft under normal circumstances, or 610 hp and 811 lb-ft of torque when launch control is enabled. The dual motors (with a larger rear motor on the M60) can propel the 5,769-pound behemoth up to 60 mph in a sports car rivaling 3.6 seconds on its way to a 155 mph top speed. For comparison, the purpose-built M4 CSL takes the same amount of time to hit 60 mph.

Such brutal acceleration is accompanied by one of the coolest sounds we’ve heard from an EV. BMW hired award-winning composer Hans Zimmer to design something called “Iconic Sounds.” The system plays noise through the speakers when the throttle is depressed, and it sounds similar to the Starship Enterprise engaging Warp drive. 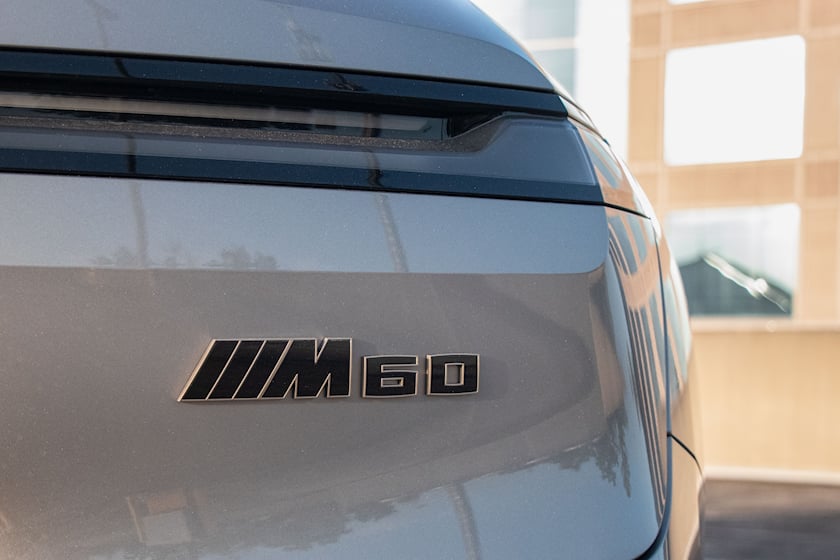 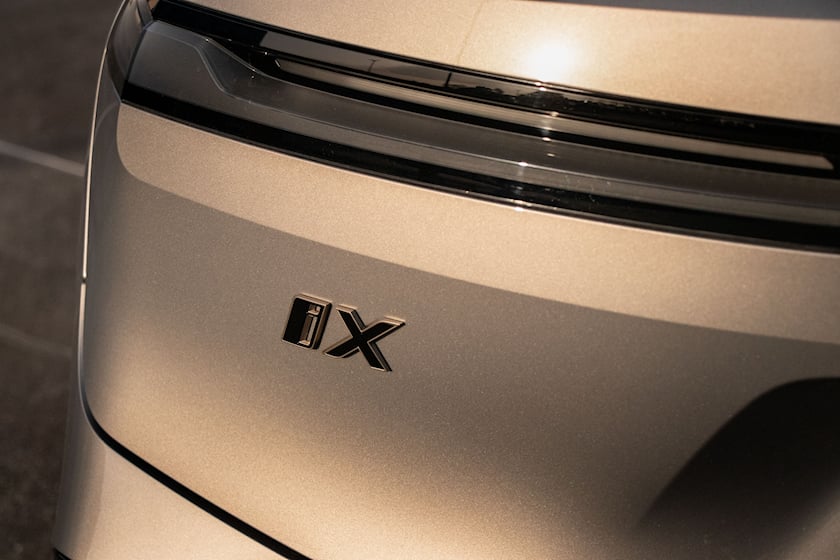 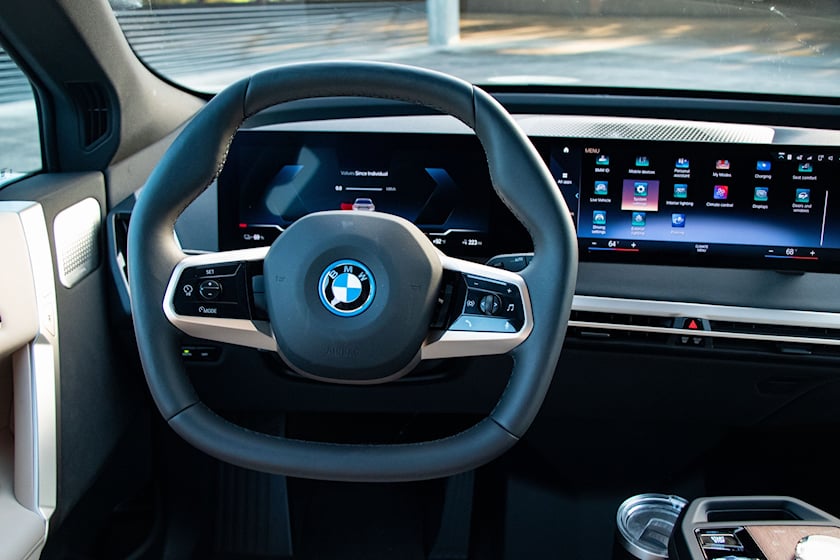 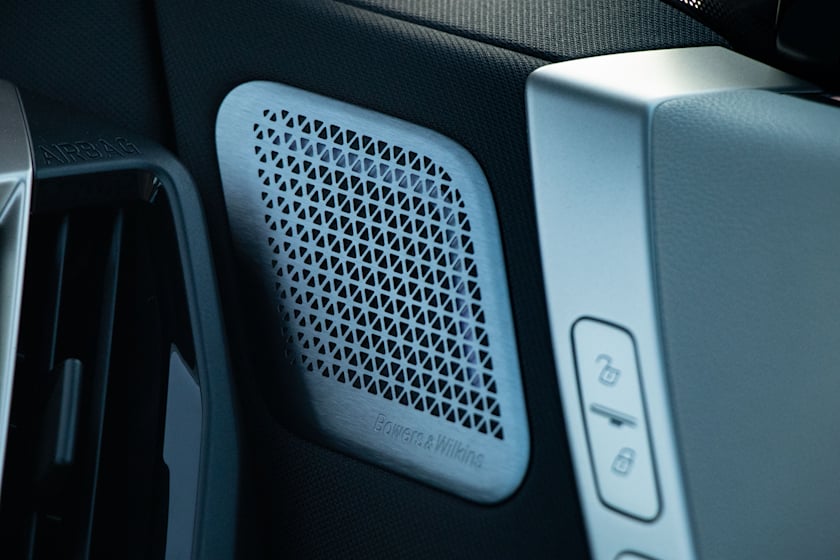 It may be brutally quick in a straight line, but the iX M60 is anything but an agile SUV. The steering is lifeless and standard air suspension (despite being specially tuned for the M60) is floaty, failing to inspire any confidence when taking corners at absurd speeds. If you want to take your high-riding SUV to a track day, one of BMW’s many M-branded models will be far superior. But if you aren’t a fictional character from a corporate press release, you probably want to use your luxury SUV to run errands, drive to and from work, pick up the kids from school, and occasionally impress your passengers with a burst of electrified speed and Hans Zimmer noises. For those tasks, the iX is perfect.

This will be a tough pill for some BMW faithful to swallow, but the bulk of the German automaker’s sales don’t come from car magazine-reading enthusiasts who live their life one manual gear change at a time. Some buyers just want a comfortable luxury vehicle with a ton of amenities, a bit of straight-line performance for passing less expensive vehicles in traffic, and the image of driving a BMW. Steering feel, lap times, and stiff suspension aren’t on their radar.

When BMW isn’t focused on being the Ultimate Driving Machine and instead pours its efforts into crafting a superior luxury vehicle, the results speak for themselves. 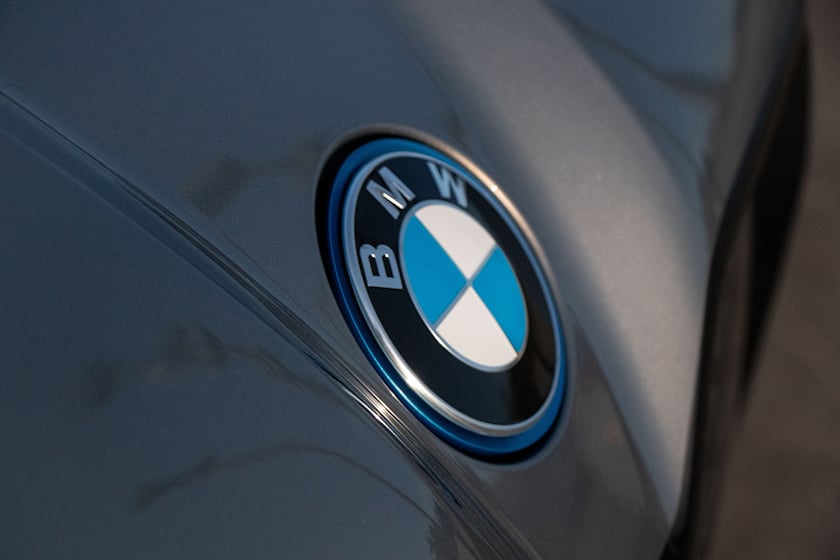 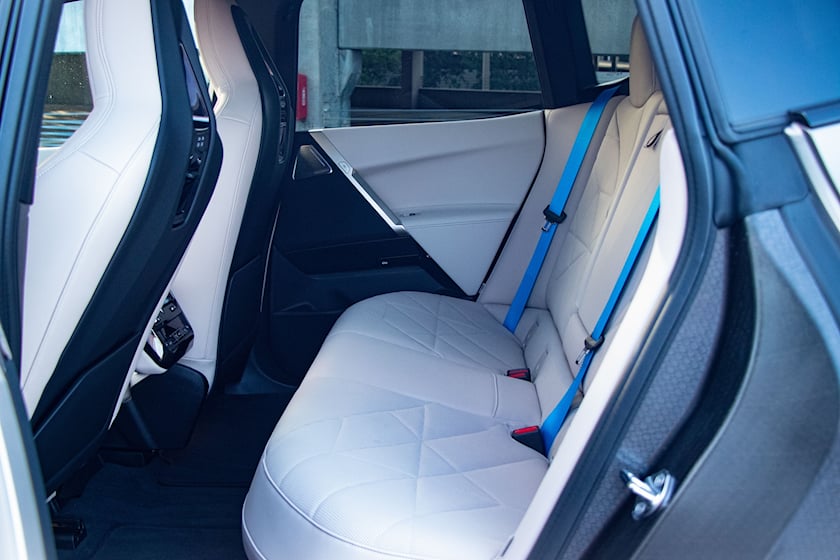 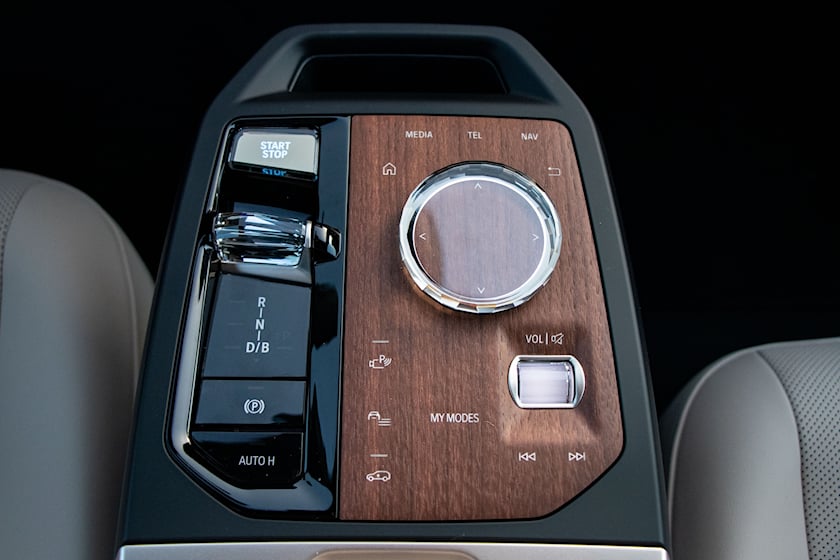 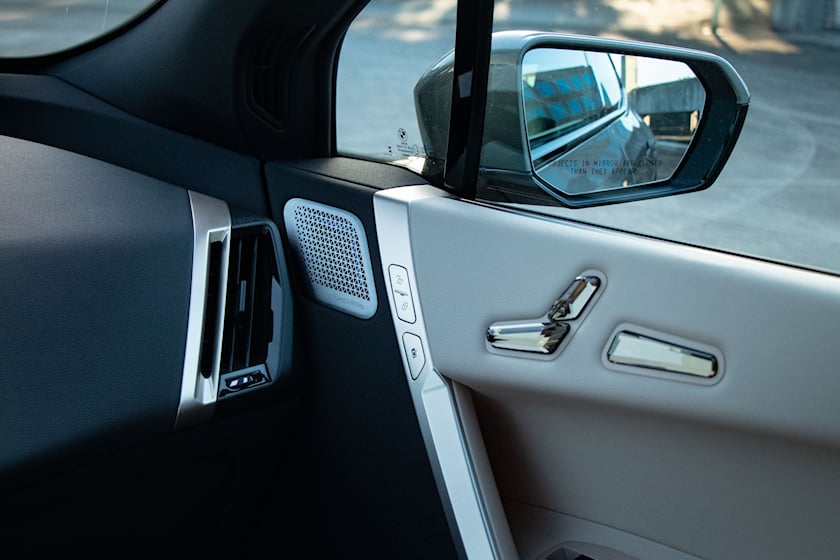 One Area To Improve

Although we enjoyed the 2023 iX, there is one area where this EV could majorly improve: charging speeds. The iX only offers a 195 kW peak charge rate, meaning it theoretically takes around 35 minutes for the 111.5 kWh battery pack (105.2 kWh usable) to go from 10% to 80%. That’s not terrible given the battery’s lofty size, but the newly-introduced Genesis GV60 can charge at 235 kW and a Tesla Model X can do it at 250 kW. And if you can’t find a quick enough charger, the iX will take considerably longer to fill up.

With 288 miles of EPA-rated range (274 miles with the optional 22-inch wheels), the iX should go far enough to manage a weekly commute with a few well-timed overnight charges at home. In fact, if you can avoid mashing the throttle, it’s possible to eke out over 300 miles from a single charge. It may not have class-leading range or charging speeds, but the iX is still very competitive with other EVs in this price range. In fact, even the M60 is cheaper (and quicker) than the base Tesla Model X ($120,990). 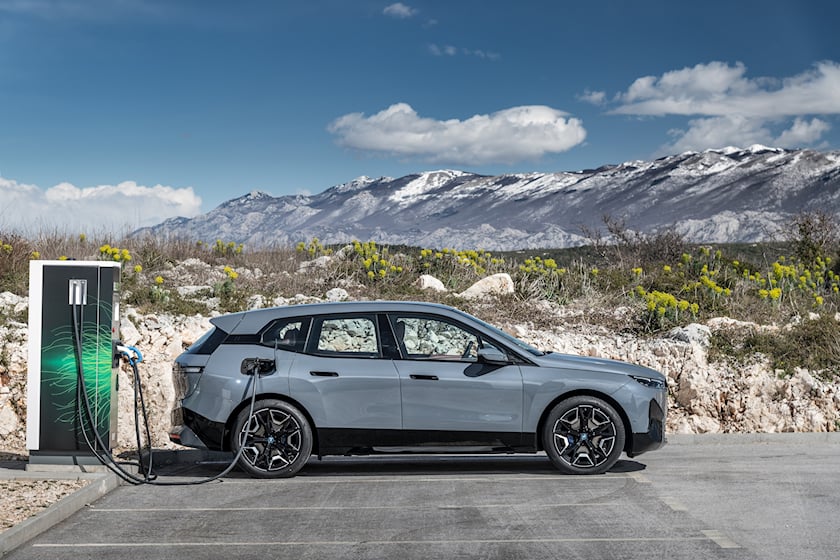 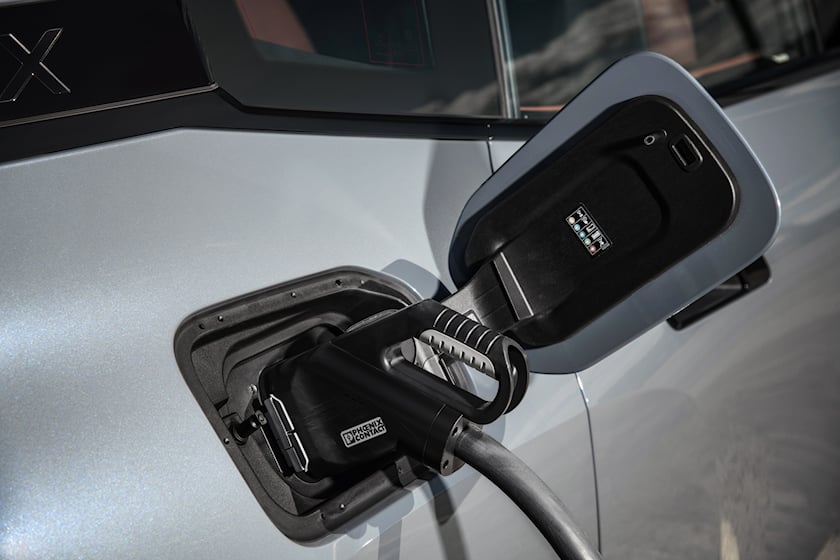